Congratulations to Shurane Vijayaram, Winner of the 2017 Aussie Millions Main Event for $1.6 Million!

and Vijayaram cut out a bet and tossed in 400,000. Rossiter thought for a moment then mucked his hand.

Hand #27: Fedor Holz moved all in for 845,000 from the cutoff and took down the pot after he found no callers.

Hand #28: Luke Roberts received a walk in the big blind after all his opponents mucked their hands.

and raised from the cutoff before taking down the blinds and antes.

Hand #21: Tobias Hausen moved all in from the small blind with enough to cover Luke Roberts’ 685,000 in the big blind. Hausen held

but Roberts folded his

and Hausen raked the pot.

and David Olson defended his big blind with

and Olson checked it over to Hausen who continued for 115,000.

Olson called and the

arrived on the turn. Both players checked and the

before Ben Heath checked with

in the big blind. The flop fell

Olson called and the

landed on the turn. Another check from Olson prompted Heath to check behind and the

Hand #24: Ben Heath limped in the small blind with

before Fedor Holz moved all in holding in the big blind

. The shove got through and Holz was awarded the pot.

The remaining seven players are on their first 15-minute break of the day.

and both players checked.

completed the board and Olson fired out 210,000. Heath thought about his decision for a minute before finally releasing his hand.

Hand #17: Tobias Hausen raised from the hijack and was called by David Olson on the button as well as Fedor Holz in the big blind.

and the action checked around to Olson who bet out 175,000. Holz then moved all in for his remaining 445,000 which saw Hausen muck immediately. Olson called and both players tabled their cards.

Both players had the same hand with Olson having the potential to run out a flush.

That wouldn't happen as the

completed the board resulting in Olson and Holz chopping the pot.

Hand #18: Fedor Holz limped in from the small blind before Shurane Vijayaram raised to 140,000 from the big blind. Holz thought for a moment before moving all in for 660,000. Vijayaram asked for a count before mucking his hand.

Hand #19: Tobias Hausen raised to 125,000 from under the gun and was called by Luke Roberts in middle position.

Both players then checked down the entire

Hausen then flipped over his

and took down the blinds and antes.

Hand #12: The table folded around and Jeff Rossiter got a walk in the big blind.

in the big blind and he three-bet to 315,000. Heath called and the flop came down

Heath checked his quads over to Vijayaram who continued for 275,000. After a call from Heath the

peeled off on the turn and he checked to Vijayaram. Vijayaram checked and the

and Tobias Hausen flat-called from the small blind with

and it was quickly checked through to the

landed on the river. After a final check from Hausen, Vijayaram checked and was awarded the pot.

took down the blinds and antes.

Hand #6: Fedor Holz moved all in for 770,000 from the cutoff and watched as one-by-one his opponents mucked their hands.

Hand #7: Jeff Rossiter raised to 120,000 from the button and was called by Tobias Hausen in the small blind.

and Hausen check-called a continuation bet totalling 110,000 from Rossiter.

and Rossiter fired out another 370 after Hausen checked. Hausen immediately released his hand and Rossiter raked in the pot.

Hand #9: Fedor Holz raised to 115,000 from under the gun and was met with a three-bet to 265,000 from Shurane Vijayaram in middle position. The action folded back around to Holz who opted to muck his hand.

Hand #10: Shurane Vijayaram raised to 100,000 from under the gun and was called by Fedor Holz in the big blind.

and both players checked.

and Holz checked. Vijayaram reached for his chips and tossed out 105,000. Holz mucked shortly after.

to see a flop of

. Roberts continued for 175,000 and Olson called before the

arrived on the turn.

on the button and he raised to 165,000 before taking down the blinds and antes.

Hand #3: Ben Heath limped in the small blind with

and Fedor Holz checked in the big blind with

fell on the turn.

Heath checked and Holz fired for 115,000. Heath made the call and the

arrived on the river.

“You’re not gonna fold” conceded Holz after Heath checked, and Holz checked behind before Heath raked the pot.

flop was checked through and the

arrived on the turn. Vijayarm checked, Olson bet 115,000, and Vijayarm called to see the

The action was checked through on the end and Olson took the pot.

and Fedor Holz called on the button holding

. Jeff Rossiter woke up with

Both Hausen and Holz folded and Rossiter took the pot. 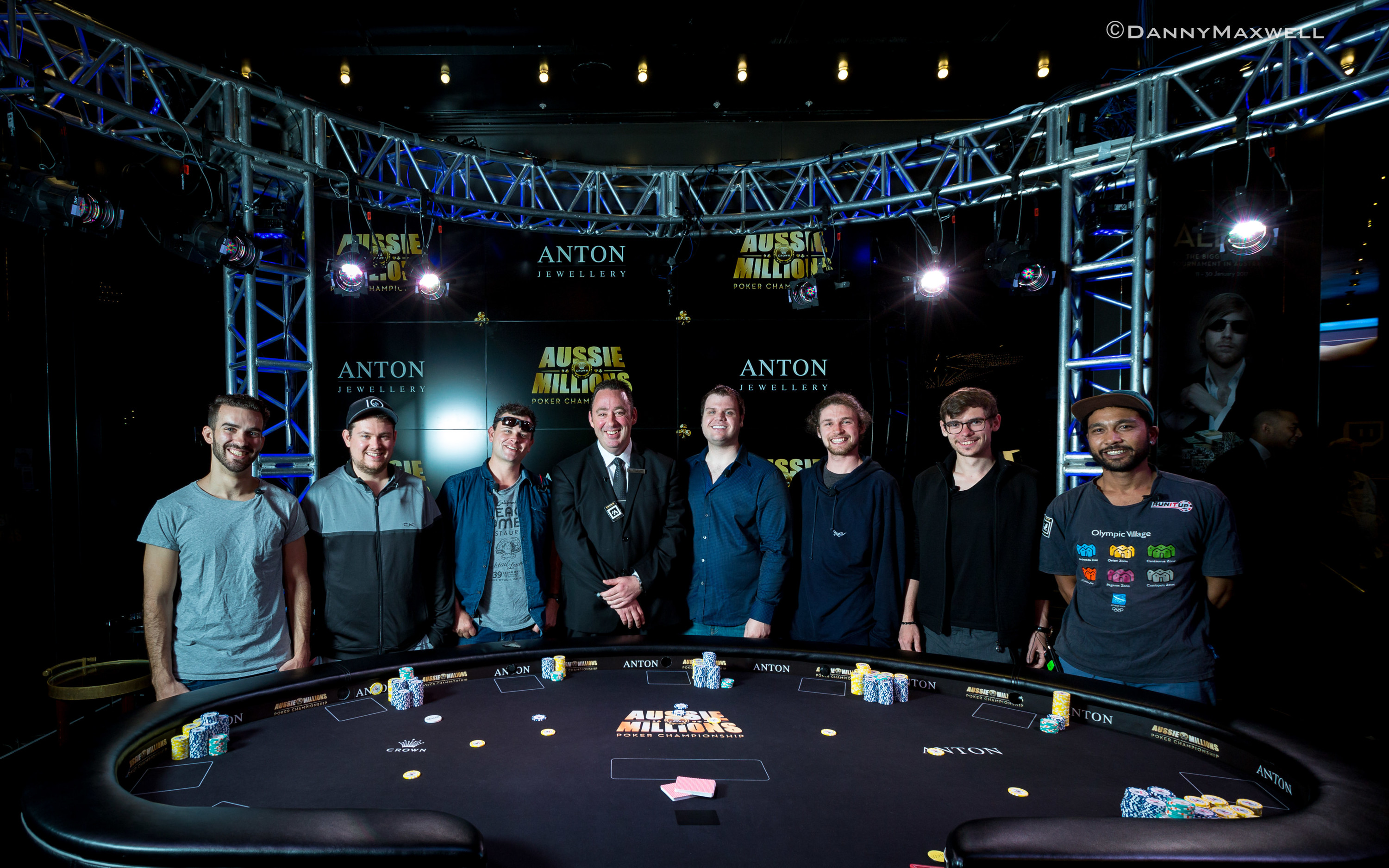