The last day of the last event of the PokerStars European Poker Tour was always going to be one that would dominate headlines. But besides the fact that the world's biggest tour concluded, it was Jasper Meijer van Putten's domination on the final table that made for a memorable day in the Czech Republic's capital of Prague.

The Dutchman winning one of the biggest ever EPT events wasn't the only big news on the final day of the Main Event. David Peters, by finishing third, overtook Fedor Holz in the Global Poker Index Player of the Year race.

The final day began with just six remaining players. Whoever would win, it would make for a great story. Would the EPT crown its fourth female champion? Would the guy win that dominated live poker in 2016 finish with a bang? Would the short stack come from behind? Would the online qualifier with a single cash on his résumé take down the title? Or would the EPT finally get its first Hungarian winner after 13 long and storied seasons?

After Vicky Coren twice, Sandra Najoks and Liv Boeree, Sam Cohen would not become the fourth female EPT champion as she was the first to fall. In the third hand of the final table, it was already all over. She flopped top two with queen-eight and check-raised David Peters. Peters wasn't ready to say goodbye to his pocket nines just yet and called in position. Wouldn't you know it, the turn was a nine and Cohen shoved for what was over the size of the pot. Peters called and dodged queens, eights and hearts on the river to knock out Cohen.

The last-ever EPT wouldn't be headlined by the shorty making the epic comeback either as he was the next with his head on the chopping block. Marius Gierse got it in with fives against the nines of Marton Czuczor and failed to improve on the flop, turn and river.

With the departure of Sergei Petrushevskii, the event missed on the classic "qualifier wins big event" storyline as well. Petrushevskii, who had just a single cash of €153 prior to reaching the final table, fell in fourth place for €284,550 when he four-bet shoved ace-seven cold and ran into the queens of Meijer van Putten.

Deal talks started as soon as it got three-handed. Peters, who had secured the lead in the GPI Player of the Year race at that time, demanded some extra money if they were to agree. Meijer van Putten and Czuczor both wanted to give some up for the man with the most experience, and a deal seemed secured. Czuczor agreed to give up "fifteen" and Meijer van Putten was OK with giving up €8,000. The three shook hands and Czuczor was congratulated by his friends and received multiple kisses from his girlfriend on making the biggest score of his career.

While Peters had the most experience and presumably was the least nervous playing for huge money, the cards didn't go his way. The situation three-handed lasted for multiple hours with Meijer van Putten really showcasing what he was made of. He had been a bit quiet and tight maybe till that moment, but with the chip lead in front of him he showed the table and the rest of the world he knew how to play the role of big stack bully. While his competition was stiff, he got away with some tricky bluffs, fired some great value bets and made some nice laydowns.

The biggest hand early on was one where he placed a huge overbet bluff on the river against Marton Czuczor. The latter felt something was iffy, but he couldn't call and laid down the better, albeit rather weak, hand.

Eventually, the new GPI POY leader was to fall and the EPT didn't get an A-list celebrity poker player as its final champion. Peters played an incredible game all day with laydowns that had the poker commentators in awe, but it wasn't enough. In the end, now very short, he called all in with queen-seven. He was up against ace-queen and wouldn't come out ahead. He hit a seven on the flop but the ace on the river did him in.

With just two players remaining, talks of a deal resurfaced. Again, the two couldn't agree. Czuczor then won some pots to get about even in chips, and this time they did find common ground for an agreement and shook hands on a deal.

There was still plenty of money left in the middle with €50,000 to play for. While Czuczor had won some pots before the deal, after the deal was struck it was mostly the Meijer van Putten show. He grinded his opponent down to the point where he had just 20 or so big blinds left and needed to make a move. In the final hand, Meijer van Putten raised with king-jack and Czuczor shoved with deuces. Meijer van Putten called and hit a jack to win it all.

Instead of a Hungarian lifting an EPT Main Event trophy for the first and last time, it was a man who doubled his stack early on Day 1 and then blinded off the rest of the day while battling food poisoning. Dutchmman Jasper Meijer van Putten is the 115th and last-ever PokerStars European Poker Tour champion.

The European Poker Tour ceases to exist; next year, the tour rebrands to PokerStars Championships and PokerStars Festivals. After 115 events and 114 winners and over $1 billion in prize money distributed, the biggest poker tour on the planet goes global and gets a new name. The first ever PokerStars Championship is taking place in the Bahamas Jan. 6-14. PokerNews will be on the floor in Paradise Island for feature articles and Main Event live reporting from the event formerly known as the PokerStars Caribbean Adventure.

in the big blind and jammed for 8,025,000. Meijer van Putten called after about 15 seconds of thought. Czuczor looked less than thrilled with the situation, and a

flop left him in desperate need of a deuce. The turn was a

so it had to be the river. The dealer burned and turned the

to end the tournament.

. Czuczor checked and Meijer van Putten bet 800,000. Czuczor called. He paired up and turned the

. Checks followed. The river was a

Hand #163: Czuczor picked up nines and won it preflop with a raise.

and Meijer van Putten called with

, missing both. Meijer van Putten checked, and Czuczor checked back. The

brought a little for both players on the turn and Meijer van Putten bet out 1,500,000 and got a call. The river was a

and Meijer van Putten bet 3,100,000. Czuczor called and nearly mucked but then took his chop.

after two checks and Meijer van Putten bet 900,000. The river was a

and Meijer van Putten bet 1,950,000 when checked to. Czuczor avoided paying it off.

. Both players checked and a

hit. Meijer van Putten shoved all in to put his opponent at risk.

Hand #145: Marton Czuczor raised on the button and won.

. Czuczor three-bet and got a fold holding

and Czuczor finally decided to bet his pair with 400,000. Meijer van Putten paid it off.

. Two more checks followed and a

fell. Another jack, the 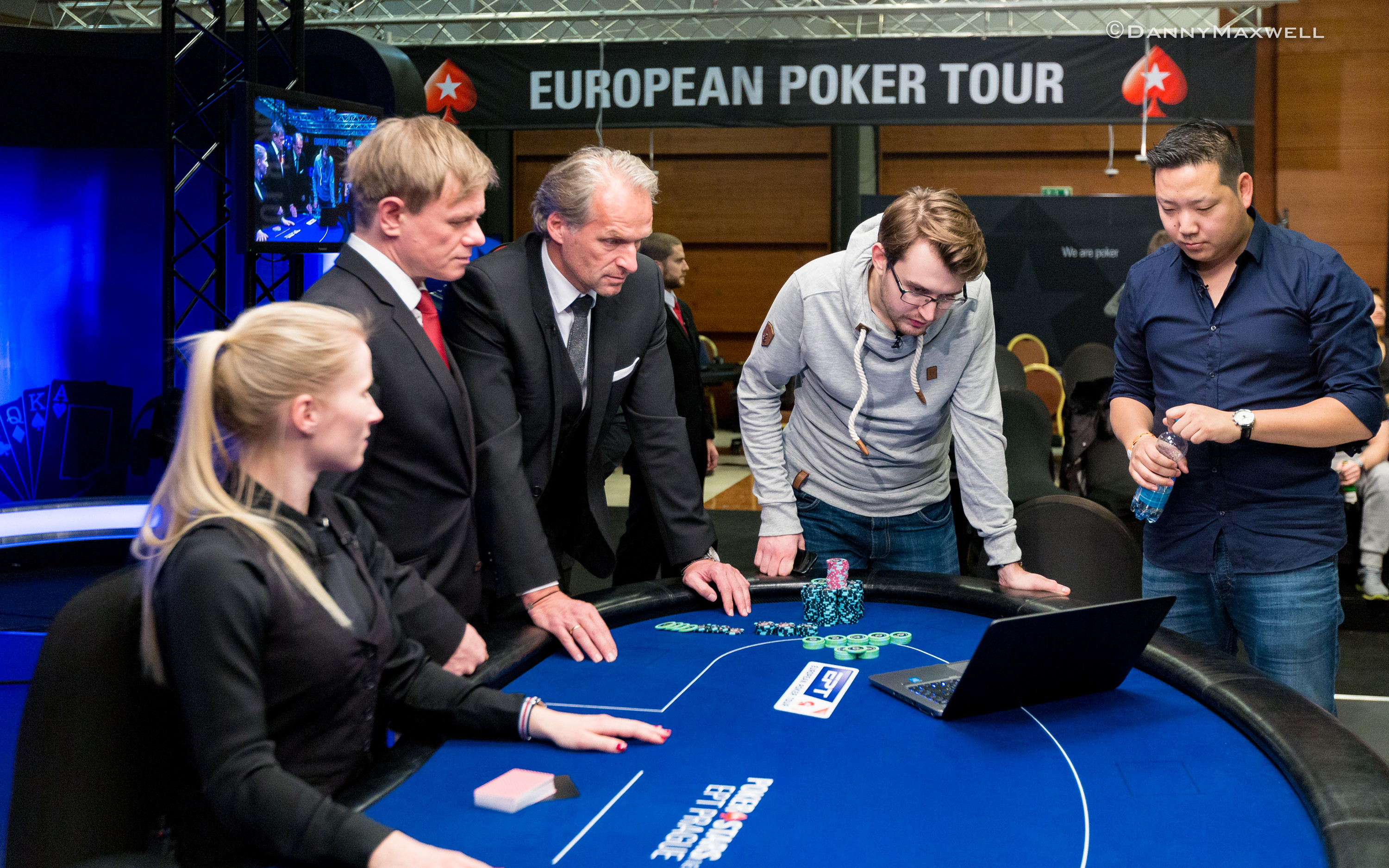 The players are discussing a deal again.

on the button raised to 750,000. Marton Czuczor called with the

on the button raised to 700,000. Meijer van Putten called with the suited

Hand #142: We missed this hand because of a segment on the stream.

and checked the flop of