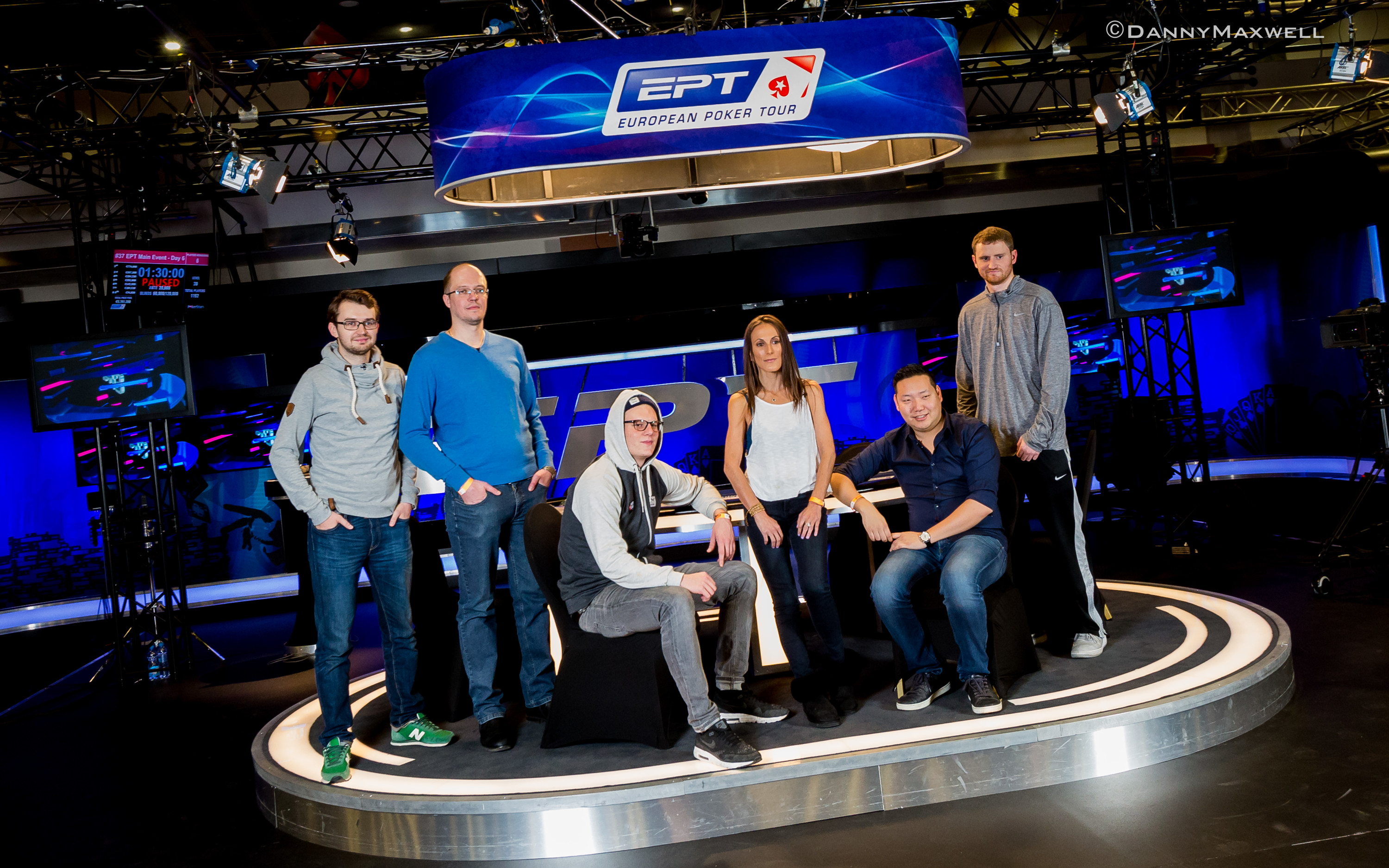 The final day of the PokerStars European Poker Tour. After over a decade of putting on some of the most prestigious tournaments in poker, building a rich history in crowning over 100 champions, and awarding over $1 billion in total prize money, PokerStars will retire the EPT name in favor of its planned PokerStars Championships and PokerStars Festivals.

All that remains is the minor matter of crowning the last Main Event champion. There are six contenders left for that crown out of 1,192 runners, none of whom have tasted the ultimate EPT glory before.

Foremost among them in reputation and results is American David Peters. The Ohio native has put together a truly remarkable 2016, with more than $6.8 million in cashes, roughly doubling his career live total, and his first World Series of Poker bracelet. Adding the final EPT title to his trophy case would be the cherry on top of a year to remember.

However, he does trail Hungarian Marton Czuczor, who enters as the chip leader with just shy of 10 million. Czuczor will cede position on most hands to his American rival, though, since they're seated with Czuczor in Seat 1 and Peters in Seat 2.

The other contenders are Sam Cohen, Jasper Meijer van Putten, Marius Gierse and Sergei Petrushevskii. You can read more about each of them in the profiles below, courtesy of PokerStars.

Day 6 will get underway at noon local time, with play streamed via the PokerStars TV team on a one-hour delay. You can check out the action right here on PokerNews.com. The blinds will be 60,000/120,000/20,000 when play resumes, and cards and chips will continue to fly until the final EPT Main Event winner is determined.

Jasper Meijer van Putten's path to the final table of EPT Prague was extraordinary. The 29-year-old from Alkmaar entered Day 1b, and managed to double up to 60,000. However, he was feeling very ill so went back to his room and slept all day, skipping the rest of Day 1.

His unplayed stack meanwhile slipped to 22,500, leaving the Dutchman with fewer than 23 big blinds for the start of Day 2. Although he still felt anything but fit, Meijer van Putten came back for Day 2 and survived, and has now managed to navigate all the way to the final table.

The Dutchman is guaranteed to pick up the biggest prize of his career here in the EPT13 Prague Main Event. Meijer van Putten's previous best result was €31,151 for third place in the 2016 WPT Amsterdam €1,500 Big Stack Event.

He has notched up one EPT Main Event cash before now, taking €17,920 for 52th place at EPT13 Barcelona in September. He's racked up $228k in live tournaments in total, good for a 95th place ranking on the Dutch all-time money list.

Notably, however, her best results have come from outside the USA. Her biggest score to date was in the 2013 Aussie Millions Main Event, where she picked up A$120,000 for an eighth place finish. Her second largest payday was for about $82k when she finished third in the 2014 APPT Seoul Main Event.

Cohen has one previous EPT Main Event cash to her name when she was 105th at PCA 2014. Apart from poker, she's a passionate American Football fan, supporting the Miami Dolphins.

Hungarian poker pro Marton Czuczor has been travelling around the European Poker Tour circuit for more than six years. The 27-year-old from Bucharest has notched up six cashes in EPT Main Events but this is his debut on the final table.

Before EPT13 Prague, Czuczor had already come close to making the finale twice, finishing 11th at both EPT7 Vilamoura (for €20,486) and EPT8 Barcelona (for €36,000). He currently sits at 15th place on the Hungarian all-time money list with $655k in live cashes.

Czuczor‘s biggest payday was €105,000 for a runner-up finish in the EPT10 Barcelona €2k NL Hold'em Event. Czuczor is the ninth Hungarian to make an EPT final. However, none have managed to become champion so far. Denes Kalo was the closest to a title, finishing second in both of his final table appearances.

Czuczor is certainly capable of winning a large tournament; he's proved that in the online realm, where he has both a PokerStars Sunday 500 & Super Tuesday title to his name.

Marius Gierse will celebrate his 25th birthday next week. The German pro from Munster has won more than $300k in live tournaments so far, his best result being sixth in the 2016 World Series of Poker $5k NL Hold'em Event for $132,030.

Gierse will be collecting his third EPT Main Event cash here at the tour's final stop. His previous cashes were €9,550 for 113th place at EPT11 Malta and €11,540 for 83rd place at EPT12 Prague. Gierse won his EPT13 Prague Main Event seat online on PokerStars.

He arrived in EPT13 Prague with two of his friends - Aleksandr Nemtcov and Viacheslav Belyaev - to have fun and experience the EPT Main Event for their first time. They all made it to the money; Nemtcov took €27,200 for 26th place while Belyaev earned €17,200 for 56th place. However, it's Petrushevskii who topped the trio, navigating his way to the final.

Usually playing poker at home with his friends, Petrushevskii is now guaranteed to collect a six-figure prize. Until his EPT13 Prague deep run, his best result was $6,500 for a first place in a $55 tournament on PokerStars. Live he has only a single result; €153 for his 17th place in a €60 event in Rozvadov.

Petrushevskii's hobby is dining with friends and drinking beer. Prague certainly offers him many options to enjoy his favorite drink - if he'll ever get away from the poker table.

One of the world's elite poker pros, David Peters sits in 19th place on the all-time money list with more than $14 million in live cashes. The 29-year-old from Toledo is Ohio's #1.

Peters is a regular in the highest buy-in events all over the world. His best result came in January when he finished second in the $200k Triton Super High Roller in the Philippines, winning a whopping $2,309,000. Peters also has another seven-figure score to his name; $1,505,000 for finishing fifth in the 2015 Super High Roller Bowl. Peters seems to be on a never-ending hot streak, having also amassed large cashes in High Roller events in Las Vegas. Peters has won well over $1.6 million in the last 40 days alone and is currently ranked third in the GPI Player of the Year leaderboard.

Peters has been a regular on the European circuit for a decade, but this is his first EPT Main Event final table; he had a narrow miss at the EPT3 Grand Final when he finished 12th. Oh, and his online results are just as inspiring. Just two months ago, he took down the PokerStars Sunday Million for $143k playing under the moniker "dpeters17" online.

Peters' juicy resumé certainly makes him one of the biggest favorites to scoop the last ever EPT title.